History of the Clock

*This following clock story is dedicated to Mrs. Nellie McDaneld, who has kept all the history, and gave of her time, and information that Keith McCammon wrote.*

On Saturday morning, June 30, 1945 at 6:00, a tornado-like wind blew tree limbs through the West and North dials and that is why the centers are wood.  On April 23, 1976 a storm took out the East dial.  On June 5, 1978 new steel air-craft cable was put on the strike and power side of the clock, then a few days later it was all cleaned up and the floor and steps were painted.

Logan McDaneld wound and cared for the clock 22 years.  During that time he had to make many repairs on the clock, and many times, making parts by hand.  On Thursday, July 28, 1960, Logan turned the job of taking care of the clock over to Neil McDaneld, his son.

In February 1975, Keith McCammon, who owns McCammon Jewelers, in Osborne, Kansas started caring for the clock.  I took up where Ellsworth Gorsuch left off, made some more parts for the clock and got it running and striking again.

Each week I climbed 98 steps to get to the clock.  To wind and check the clock it takes around 1 hour.  The weights are very hard to crank up.  The strike weight alone takes 195 turns to wind up to the top.  I do not charge the county for winding the clock.  The county only pays for glass, bulbs to light the dials, paint and extra help for major repair when more than one person is required to do the work.  My son, Timothy helps me work clock.  Both sons, Timothy and Martin help wind the clock.  I take great pride in the fact that in a 90 day test, the clock only lost 14 seconds.  In spite of being 70 years old, the clock will still run with todays Solar High Frequency Quartz watches. 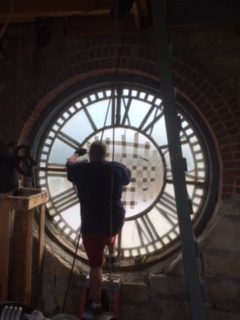 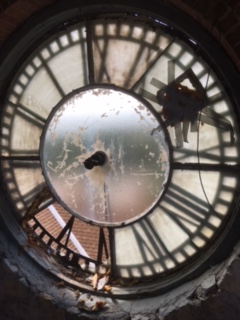 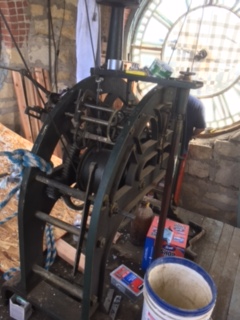 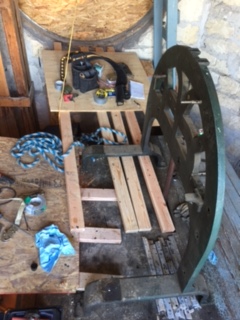 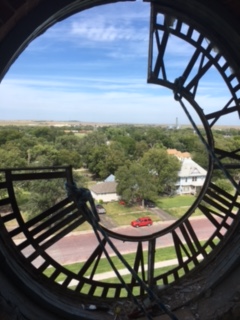 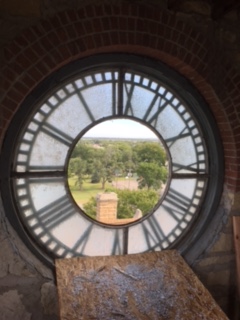 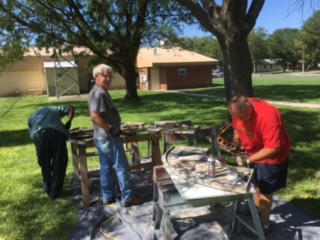 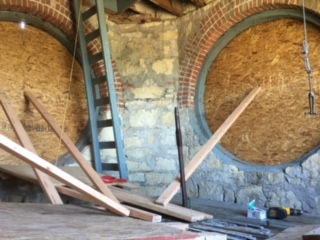 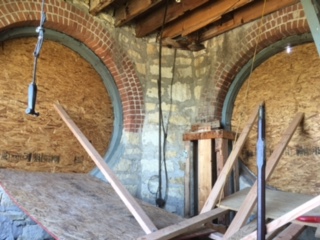